An American in Canada: It’s Complicated

Sometimes, it’s the professional-observer expats—journalists, diplomats—who can provide the most interesting insights into a culture and country. Sarah Goldfeder is a former State Department official who was posted to Ottawa and stayed, carving out a career as a principal at Earnscliffe Strategy Group, a political commentator and a regular Policy contributor. She offers a unique perspective on Canadians, their Trump malaise and the inside dope diplomats swap on the arcana of Canadian social anthropology (can we please come up with something more exotic than taking off our shoes?)

I was living in Mexico when I learned that I would be moving to Canada. As a pretty typical American, I knew of Canada but not about Canada. While growing up, I had hiked in Alberta, shopped in Vancouver, vacationed in Victoria, and even traveled to Toronto with the solitary goal to find credible Chinese food. I knew I was just scratching the surface and that I needed more information—so I set about looking for what to read.

My first purchase was the Penguin History of Canada—which delighted my son as he pointed out repeatedly that there were no penguins in Canada. It provided a soup-to-nuts dry and exhaustive history. There was nothing compelling about it, and while parts of it felt very familiar, most just felt…well, boring. Disappointed but undeterred, I continue to seek out books on history, politics, and Canadian fiction. But none of my reading satisfied me. The underlying differences between Americans and Canadians are far from obvious and don’t make for compelling reading. It was only after living in Canada that I realized that all that reading I had done had paid off. Without registering it at the time, I had prepared myself.

As a diplomat, the first people you interact with when you arrive in country are your own. American to American, we have an assimilation heart-to-heart. “Careful with this, don’t be put off by that, when they say this what they really mean is…” A short course in interpretation of culture, because even when the language isn’t ours, we have learned of it enough to get by. Canada is no different. “Find yourself something to do in the winter,” we advise each other, “they all do something—skate, ski, snowshoe. If you don’t, you will lose your mind.”

The habits die hard, even today when meeting a new expat or diplomat, I find myself in the same conversations. “Every Monday, they will ask you about your weekend, without fail,” I say, “be prepared—have a solid nugget or two ready to go. And remember to take off your shoes.”

When Americans ask me how I find living in Canada, it’s a hard question. I chose Canada, but I love my country—going back, even to places where I have never lived, always feels like going home. The twang of the voices, the ease of the smiles—Canadians are nice, but Americans are friendly. I sometimes think of Americans as the Chocolate Labs of the world—friendly, eager, rushing to the door to meet you when you get home and in the process, busting through the screen door, a bit clumsy and prone to knocking over your glass of wine while chewing up your favorite shoe. Canadians are a bit harder to assign a breed to, but maybe Golden Retrievers—well-mannered, intelligent, kind but cautious, content to curl up at your feet but always up for a walk or a good game of catch. On some days I feel very much at home and others, disconnected—a little bit alien. Outwardly indistinguishable, but inwardly just trying to remember not to run through the screen door.

Canadians take great pride in being the North Americans that are the better dinner guests. They show up on time, take off their shoes, bring a bottle of wine or maple syrup as a gift, and hold up their end of the conversation without making it all about them. Being the trusty arbiter of the rule of law is a tradition for Canada—there is nothing more iconic than the crimson-suited member of the Royal Canadian Mounted Police, symbolizing both helpfulness and commitment to the international rules-based order. Americans are slightly bemused by the whole thing. If we’re discovered to be polite, well-mannered guests anywhere outside of North America, we’re often asked if we’re sure we’re not from Canada. But here’s my bias showing: who in the past 75 years has done more to enforce the global order than the United States of America?

No matter how unpopular the actions of our government are at any point in time, Canadians have always embraced Americans. You might not understand us, but you remind us over and over again that we are more than neighbours, we are family.

We are family, but our journeys have been notably different. While Canada’s independence from the British is reminiscent of offspring growing up and leaving home, making the family proud, independence for the United States was more of a messy, contentious, epic, tabloid-headline divorce. And from the beginning, Canada has often watched its headstrong, difficult, and unruly cousin wage battles against foes real and imagined. Our differences are rooted in our beginnings.

When I arrived in Canada at the end of President Obama’s first term, I was floored by how much Canadians loved the Obamas. Americans were decidedly of mixed opinions with much of the media reporting multiple perceived failings of his administration. The 2012 election was close—much closer than the Democrats thought it should have been. But America is a divided population. We always have been. Nonetheless, Ottawa was particularly shocked by the election of Donald J. Trump. The Liberal government even instituted a war room to determine how to manage the president. 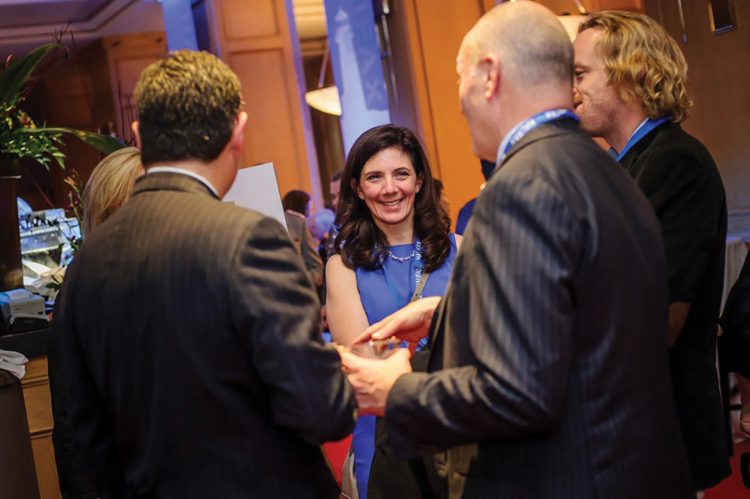 The Canadian approach to America reflects their belief in the durability of the relationship. There is a never-give-up-on-family mentality underlining it all. It is emblematic of Canada’s understanding of its place in the world. Security, defense, trade, you name it—geography is destiny and Canada’s biggest partner, strongest ally, best mate, is the United States of America. But even though Canada is afforded more conveniences than any other nation, Canada is just one of America’s key partners. The United States has never fully realized what we’ve got in Canada.

That’s not entirely true. The U.S. Department of Defense understands. The relationship between the two military organizations is as close as it can be. Canadians serve shoulder to shoulder with Americans in just about every command. Despite Ottawa’s best efforts to complicate the relationship (F-35s, BMD, 2 per cent GDP spending for NATO) the military leadership keeps it on track. The U.S. military establishment understands the value of a partner that trains with us, understands our values and ethical construct, and stands by us. Most importantly, the United States understands the incomparable value of having a tried and true ally along the entirety of our 5,525-mile shared border.

When Canadians approach me and ask when my fellow Americans will regain their sanity or imply that in some way the presidency of Donald Trump is illegitimate, I get uncomfortable. The reality is far more complicated. Americans voted for Donald Trump to be their president not because they had lost their minds, not because Russia manipulated them to do so, but because he represented something to them. Talk to his supporters today and you will find that they believe that he understands them better than any other politician. His diplomatic missteps that make Canadians shake their heads in disbelief are proof points for his being just like his voters. He is doing exactly what he promised. Democracy is not lunacy, it means that at times you must accept that a plurality of your fellow Americans fundamentally disagree with you about the direction in which the country is headed. This happens in the United States pretty much every four years, this time it just echoed a bit louder.

In my time as an American in Canada, I have realized that baked into the American psyche is a deep distrust of authority and government. What Canadians often see as disrespect and teen-age rebellion is rooted in a sense that just because someone is in charge doesn’t mean that they are right. The sense that better governance is found with less interference from government is a distinctly American concept, grounded in our founding document, the Declaration of Independence. And not at all Canadian. So when you ask me what’s it like to be an American living in Canada—it’s strangely unfamiliar and just like home all at the same time. I am more American here than at home—more stubborn, more outspoken, louder, stronger, braver. And the funny thing is that I get the distinct impression that the Canadians in my life wouldn’t want it any other way.

The 2019 Federal Election – What Could Still Happen?
Election 2019, the Conservatives: Challenges and Opportunities
An American in Canada: It’s Complicated